The Siskiyou Mountains sprawl across southwestern Oregon, creating a rugged labyrinth of steep mountain canyons, rocky ridgelines, and diverse mixed conifer forests. Although known for their rich biodiversity, the Siskiyou Mountains also stand out for the beauty of their clear flowing rivers and streams. Currently, the Klamath-Siskiyou Mountains contain the highest concentration of wild and scenic rivers in the continental United States, including the iconic Smith, Klamath, Salmon, Trinity, Rogue, Chetco, Illinois, and Elk Rivers.

However, a river is made up of its tributaries, and many of the currently designated Wild and Scenic Rivers in our region do not include important tributary streams. These unprotected tributaries support productive fisheries, spectacular forests and important cold water refugia. They also contribute significantly to both water quality and quantity in our larger river systems, and contain important connectivity habitat for terrestrial wildlife species. In addition, many of our region’s wild rivers and streams remain completely unprotected, such as the Applegate River, Winchuck River, Pistol River and many, many smaller streams.

In October 2019, Senators Wyden and Merkley initiated the River Democracy Act with a public nomination process, asking Oregon residents what watersheds they believe deserve permanent protection. Conservationists, anglers, whitewater rafters, and many other river loving citizens from across the state enthusiastically flooded the senators with over 15,ooo nominations. In the Siskiyou Mountains, residents and conservationists across the region began identifying, documenting and nominating rivers and streams for Wild and Scenic River protections. From the emerald green waters and fog drenched forests of the Wild Rivers Coast, the stark, serpentine canyons of the greater Kalmiopsis Wildlands, and the rugged watersheds of the Siskiyou Crest, local residents have worked to advocate for their watersheds and their favorite streams.

This people-powered effort has demonstrated widespread support for new Wild and Scenic River designations in Oregon watersheds, and represents the convergence of democracy and conservation. Rural residents in remote corners of the region were given an opportunity to advocate for more obscure, but spectacular watersheds in need of protection, and more urban residents advocated for protection of city water supplies and nearby rivers utilized for recreation.

Fortunately, our elected officials listened, and on February 3, 2021 Senators Wyden and Merkley introduced the River Democracy Act. This legislation would create the largest expansion of the Wild and Scenic River system in history, and is commendable for both the scope and scale of its conservation vision. Although Klamath Forest Alliance and many of our conservation allies strongly support the River Democracy Act, we also believe a few additional streams could be included in the final legislation to protect important Siskiyou Mountain watersheds.

Draining a vast area on the northern slope of the Siskiyou Crest, Elliott Creek is effectively the east fork of the Applegate River, and the large stream contains some of the most rugged canyons in the region. Currently nine miles of the Elliott Creek canyon are proposed for Wild and Scenic River protection, including all federal lands from the stream’s confluence with the Middle Fork Applegate River to Ward’s Fork. Likewise, three tributary streams are also included in the legislation, including Stein Gulch, Tamarack Creek and Kettle Creek.

Although the legislation would protect the majestic mainstem of Elliott Creek and these three beautiful tributary streams, some of the wildest streams in the Elliott Creek watershed, and in the over 20,000-acre Condrey Mountain Inventoried Roadless Area are not currently proposed for protection in the River Democracy Act. This includes Joe Creek, Dutch Creek, Studhorse Creek, Alex Creek and Silver Fork. These streams contain old growth forests, disjunct conifer species, abundant rare plant populations, scenic waterfalls, bedrock gorges, high mountain meadows, unique wildlife species, a large Late Successional Reserve forest, a Special Interest Area for recreation on the Pacific Crest Trail, and four designated Botanical Areas. They should be included in the final legislation, making the Wild and Scenic Elliott Creek proposal more complete, and protecting many important natural values on the northern slope of the Siskiyou Crest. 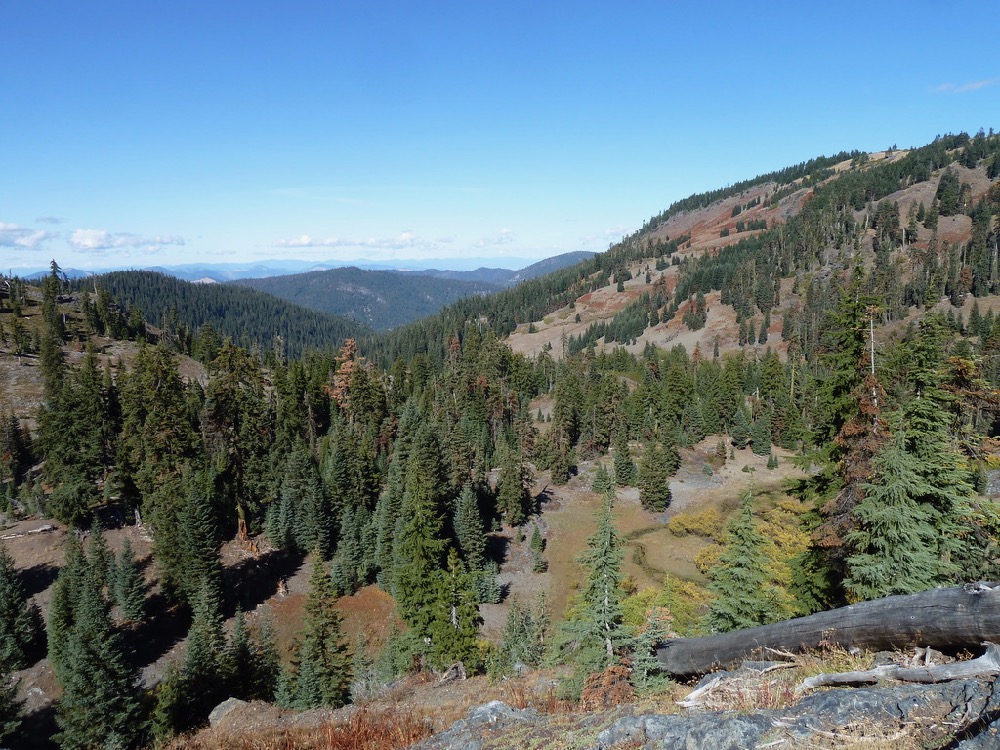 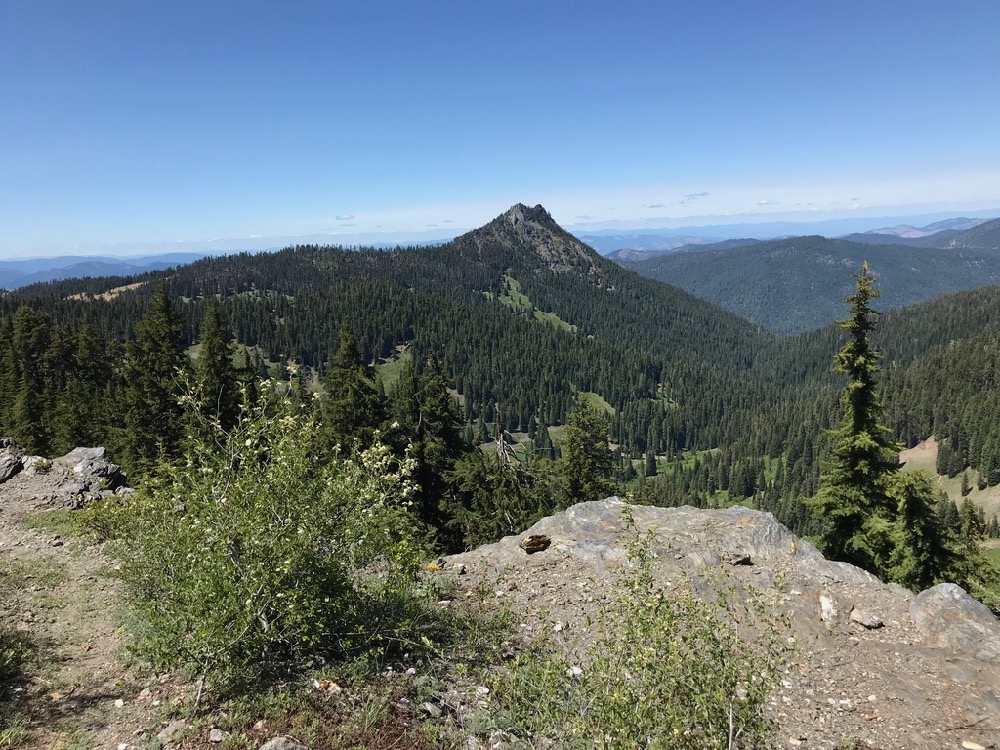 Additional watersheds in the Middle and Lower Applegate River drainage should also be included in the final legislation. This includes tributary streams such as the headwaters of Slate Creek and Balls Branch Humbug Creek. These streams contain unique scenic, biological, recreational, and historical values. By protecting these additional streams, the River Democracy Act would create a more complete Wild and Scenic Applegate River proposal.

Please sign our online petition and join us in advocating for inclusion of these wild streams in the River Democracy Act.

The Rogue River is the most famous Wild and Scenic River in the Klamath-Siskiyou Mountains due to the beauty of its canyons, the varied geology, diverse vegetation and incredible fisheries. The Rogue River is also one of the West’s premiere fishing and rafting rivers, generating significant economic, recreational and scenic benefits to residents up and down its long, winding river corridor. From Gold Beach at the river’s mouth, to Grants Pass and then the headwaters near Crater Lake National Park, the Rogue River is well loved, both locally and nationally.

The River Democracy Act would protect the last truly wild Rogue River tributary streams in the Cascade Mountains near Prospect, and the rugged, remote watershed of Shasta Costa Creek in the Siskiyou Mountains above Agness.

The Illinois River is a world-class river in its own right, and is the largest tributary of the mighty Rogue River. The currently protected Wild and Scenic Illinois River runs through a stark and exceptionally rugged canyon west of Selma and into the Kalmiopsis Wilderness Area before it pours clear and blue into the Rogue River near Agness. Unparalleled in its rugged beauty, the Illinois River is cherished by anglers, white water rafters and wilderness lovers alike. Yet, none of the Illinois River’s many wild tributary streams are currently protected with Wild and Scenic River designation. The River Democracy Act would create a permanent mineral withdrawal in portions of the area, precluding new mine claim establishment and protecting many of the Illinois River’s premiere tributary streams.

In the Illinois River canyon, the clear, blue waters and beautiful bedrock gorges of Lawson Creek, Silver Creek, Indigo Creek, Briggs Creek, lower Deer Creek, Josephine Creek and others would be protected. On the West Fork Illinois River and its major tributary, Rough and Ready Creek, stark red rock canyons, Darlingtonia wetlands, wind-sculpted Jeffrey pine groves, serpentine barrens and clear blue pools overhung by the lace-like foliage of Port Orford cedar would also be protected. Due to the extreme concentration of rare plants, unique habitats and intact watershed values, the entire Rough and Ready Creek watershed is proposed for protection, from its headwaters near Buckskin peak, to the dramatic, rocky floodplains and braided stream channels in the southern Illinois Valley near its confluence with the West Fork Illinois River.

On the East Fork Illinois River, the River Democracy Act proposes to protect numerous rugged canyons draining the high country on the northern slopes of the Siskiyou Crest and the western slopes of the Grayback Range. This includes the East Fork Illinois River and Dunn Creek below the Siskiyou Wilderness Area, upper Althouse Creek and Sucker Creek below the Red Buttes Wilderness Area and within the Kangaroo Inventoried Roadless Area, as well as Little Grayback Creek and Cave Creek below the Oregon Caves National Monument and Preserve.

The Smith River is royalty in the Wild and Scenic River system. Exceptionally clear, exceptionally diverse and exceptionally beautiful, the Smith River is both cherished and well protected. The vast majority of the watershed is located in California where every tributary has been designated as Wild and Scenic River and a National Recreation Area. The lower portion of the Smith River canyon near Hiouchi, California is located in Jedediah Smith Redwood State Park and supports some of the most incredible coastal redwood forests in the world. The South Fork, the Siskiyou Fork and other tributaries also run into the Siskiyou Wilderness Area. The North Fork contains some of the region’s most spectacular whitewater rafting and stunning red rock canyons.

Near the headwaters of the North Fork, the river flows into Oregon, where neither Wild and Scenic River or National Recreation Area status extends. This unprotected portion of the Smith River is not only a wild and productive fishery, but it is also threatened with toxic strip mining on nickel bearing laterite soils. The largest tributary in the Oregon portion of the Smith River is Baldface Creek, a unique, lonely, redrock canyon of clear blue pools, white-capped rapids, calm riffles and steelhead reds. Baldface Creek  flows west through the South Kalmiopsis Inventoried Roadless Area to its remote confluence with the North Fork at Sourdough Flat. The River Democracy Act proposes to maintain the world-class values of the Smith River by protecting the Oregon portions of the watershed with a permanent mineral withdrawal and Wild and Scenic River designations.

The Wild and Scenic Chetco River is unbelievably wild, clear and uniquely diverse. The Chetco River runs emerald green and spectacularly clear through the fire swept red rock canyons of the Kalmiopsis Wilderness, past some of Oregon’s only redwood forests, down a lush coastal canyon and into the ocean at Brookings Harbor. Like many other rivers previously protected as Wild and Scenic River, the existing designation does not include the river’s important tributary streams. The River Democracy Act proposes to protect wild tributaries of the Chetco River such as Babyfoot Creek, Mislathna Creek, Craggie Creek, the South Fork Chetco River, Quail Prairie Creek, Redwood Creek, Red Mountain Creek, Emily Creek and numerous others.

Public land portions at the headwaters of numerous important coast watersheds such as the Sixes River, Pistol River, Winchuck River and Hunter Creek are also proposed for protection as Wild and Scenic Rivers in the River Democracy Act. These coastal watersheds are particularly important for their anadromous fisheries, and they support some of the last native forests still standing in the coastal mountains of Oregon. Some of these streams are also threatened with toxic strip mining, which would destroy water quality, fisheries and the scenic beauty of the area. We believe these streams are better protected as Wild and Scenic Rivers and by maintaining them as beautiful productive natural resources for future generations than as strip mines and Superfund sites. We support their protection in the River Democracy Act.

The River Democracy Act is the most comprehensive conservation legislation proposed in Oregon in at least 30 years and will benefit residents across the entire state. It will also make Oregon a leader in watershed protections and buffer our communities from the impact of climate change, by protecting clean mountain water, intact watersheds, carbon rich forests, and waterways across the state. These waterways will become both increasingly important and increasingly threatened as the effects of a changing climate are made more clear. The science tells us that these intact riparian corridors are vital for not only maintaining water quality and fisheries, but they are also important for habitat connectivity and the movement of terrestrial wildlife across the landscape. This important legislation will maintain scenic qualities, riparian values, biodiversity, carbon rich forests, Oregon fisheries and our natural heritage.

This legislation will also benefit residents by protecting highly scenic recreation corridors along the iconic waterways of our region, and by building a stronger sense of pride in place throughout the state of Oregon. In Oregon we should be proud of our wild rivers and streams, we should also look to the future and protect them in perpetuity. Please support the River Democracy Act. The future of Oregon’s wild rivers and anadromous fisheries, as well as our quality of life as Oregon residents depends on the passage of the River Democracy Act.