A Journey Across the Siskiyou Crest

Enjoy this free visual journey along the Siskiyou Crest from Siskiyou Summit to the coast in Crescent City.

This past summer the Rum Creek Fire burned 21,347 acres on the Wild and Scenic Rogue River from Montgomery Creek deep in the roadless canyon, to Stratton Creek across from Indian Mary Campground. The fire burned around the scenic riverside hamlet of Galice, Oregon and into a large block of unburned forest between the 2013 Big Windy and the 2018 Klondike Fires, both of which burned right to the banks of the Wild and Scenic Rogue River at mostly low to moderate severity. The Rum Creek Fire of 2022 simply filled in the gaps, burning the last forest in the area without recent fire history.

Additionally, the mature, late succcessional and old-growth forests that survived the Rum Creek Fire sustained low to moderate severity fire effects, maintaining the mature forest structure and towering forest canopy.  Just like the Big Windy and Klondike Fires which burned to the banks of the river, the Rum Creek Fire burned low and cool as it approached the river corridor and naturally extinguished itself at the water’s edge, burning up to sandbars and riverside gorges of unburnable bedrock.

Downstream of Graves Creek, the Rum Creek Fire was cool and slow moving, while reportedly upstream of Graves Creek a combination of high temperatures, strong canyon winds, plummeting humidity levels, and escaped backburns lit by fire suppression crews, burned with more intensity. On August 22, a collapsing plume pushed spot fires east across containment lines and into the Mouse Creek drainage, upstream of Graves Creek.  For three days helicopters dumped water and fire retardant on these expanding spot fires, but fire officials could not get crews into the rugged terrain to contain them.  By August 26, crews began firing operations on the ridgeline above Mouse, Smith and Argo Creeks in an attempt to corral the fire back down to the Rogue River. The idea was to back the fire down the ridgeline dividing Argo Creek from Bailey Creek, where dozerlines had been developed just days before. Yet within three hours of ignition, increased fire activity pushed the backburn and the main body of the fire across prepared firelines and into the community of Galice, Oregon. 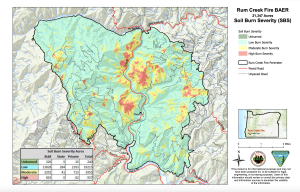 Over the next week, the majority of the acreage burned upstream of Graves Creek, including most of the hotter, more stand replacing fire effects. A combination of strong canyon winds, low humidity, high temperatures and perhaps inappropriate backburning led to these developments. Even while the slopes upstream burned with intensity, downstream of Graves Creek was still sheltered from the winds, moderated by the steep, rocky slopes and the cool, moist microclimate conditions associated with old-growth forest. These north-facing slopes downstream of Graves Creek continued burning at low severity and expanded slowly to the banks of the river and down to Montgomery Creek. Overall the fire burned at 4% high, 19% moderate and 77% low soil burn severity.

Below is a photo gallery showing the fire effects downstream of Graves Creek on the Wild and Scenic Rogue River. 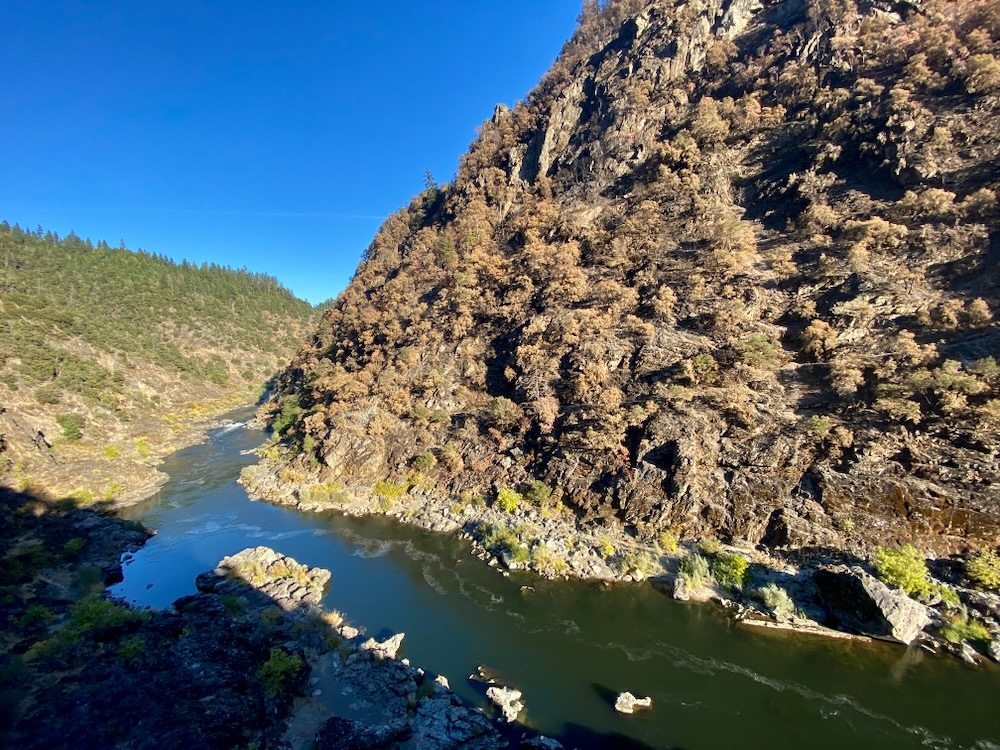 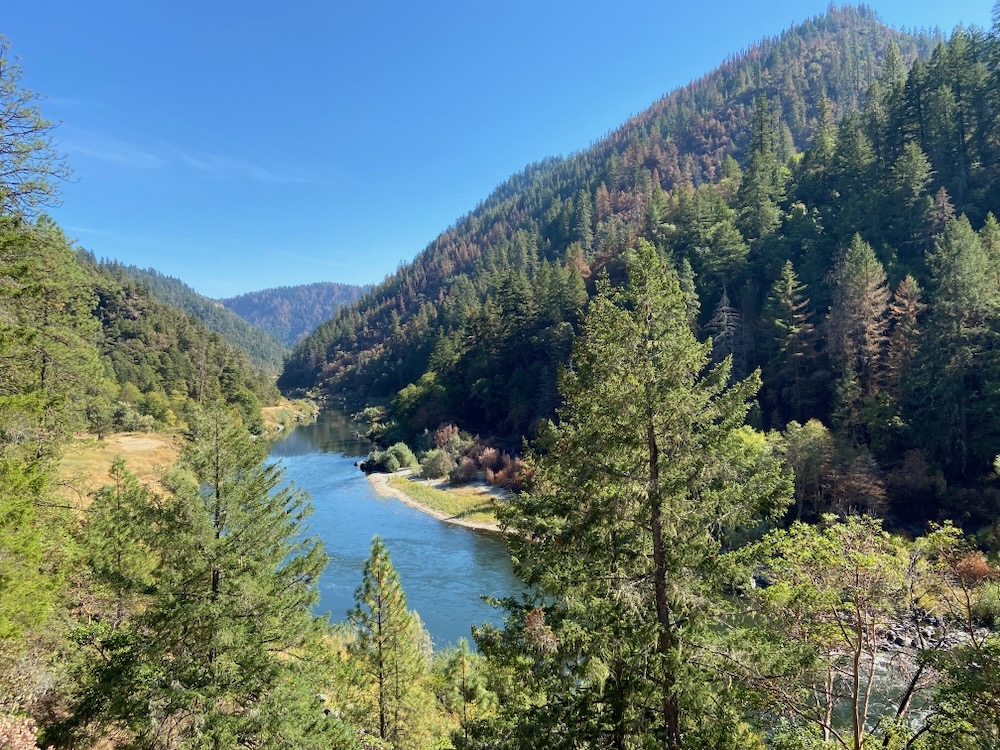 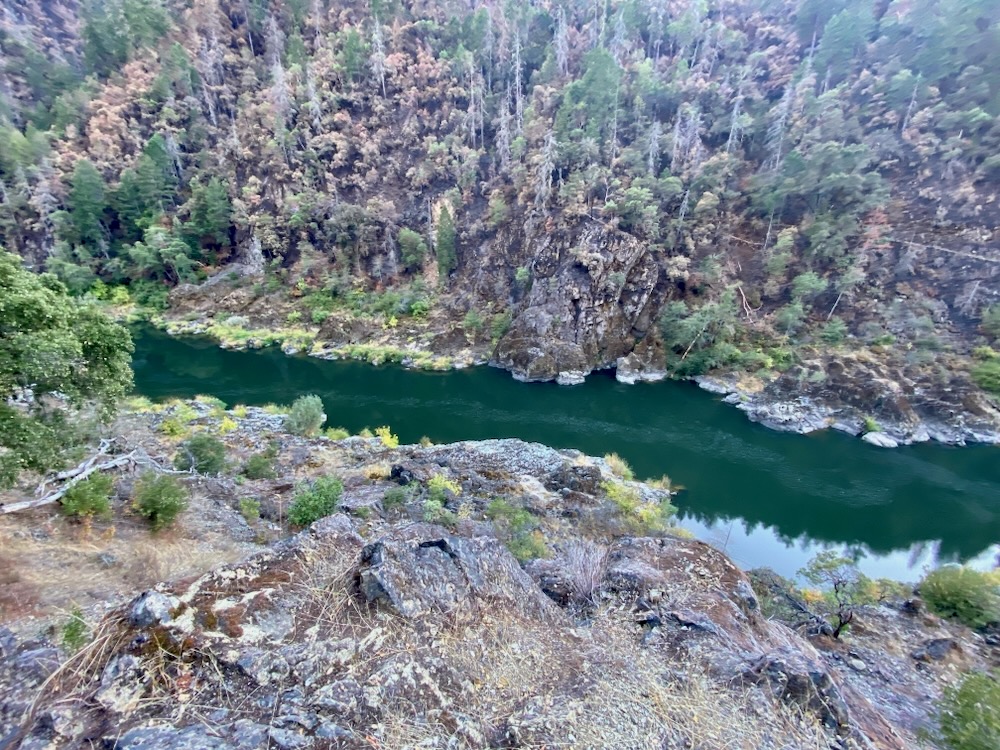 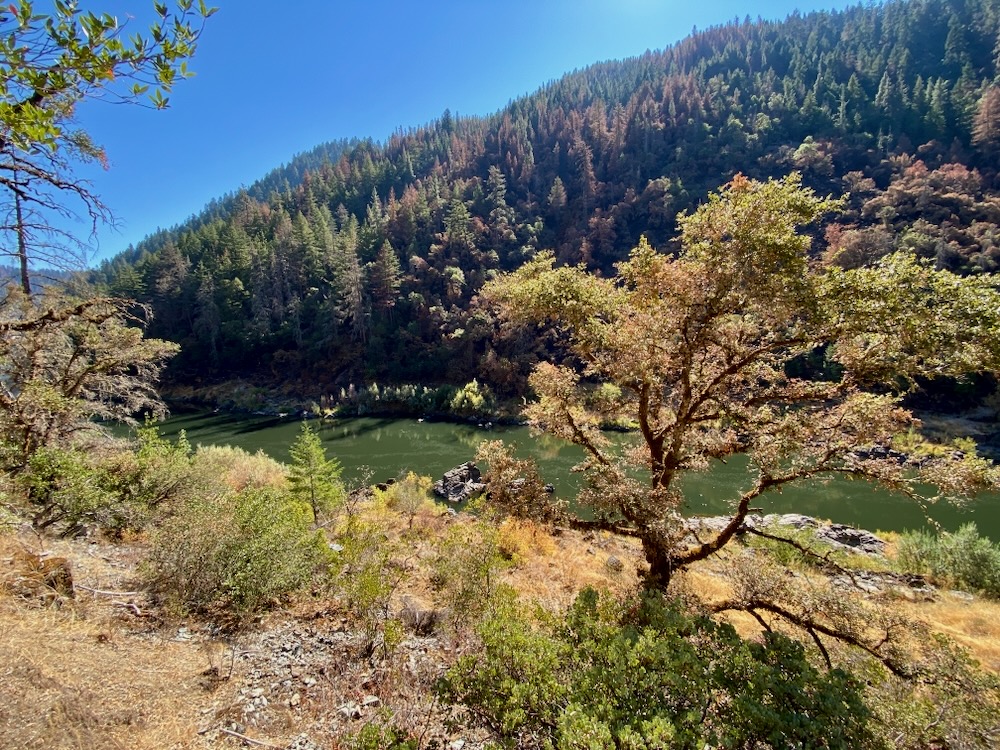 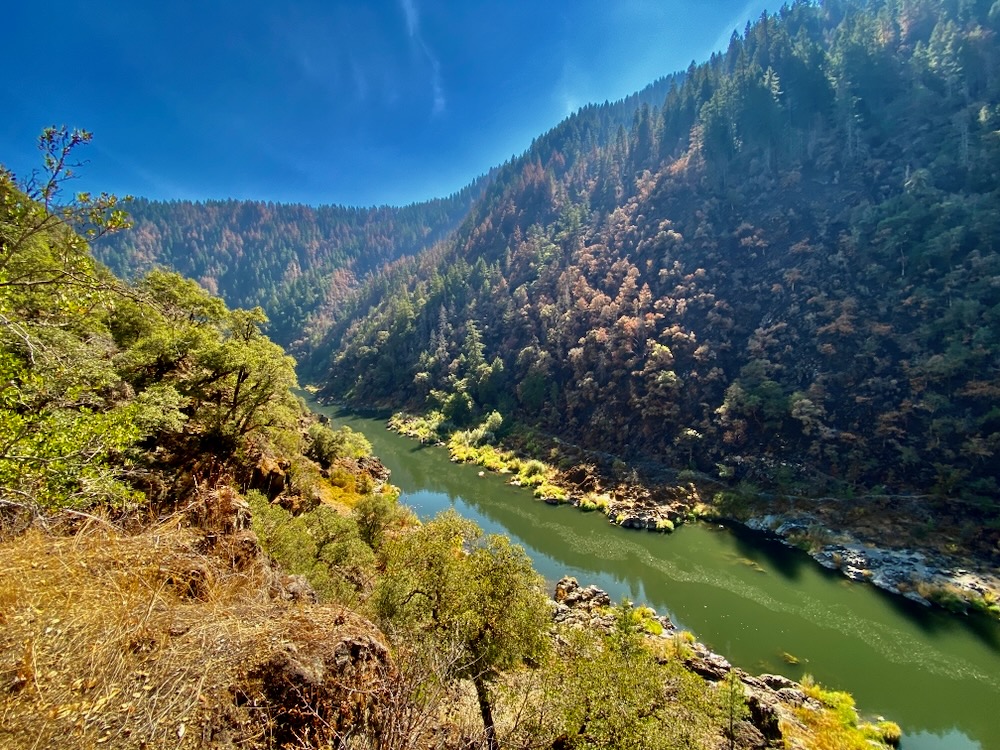 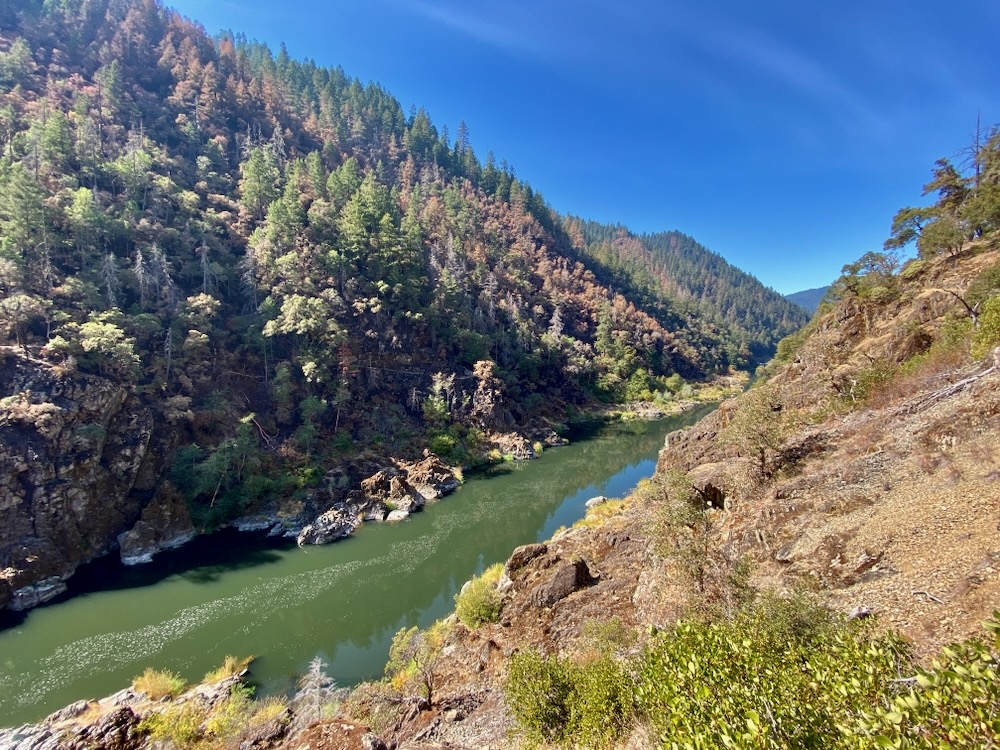 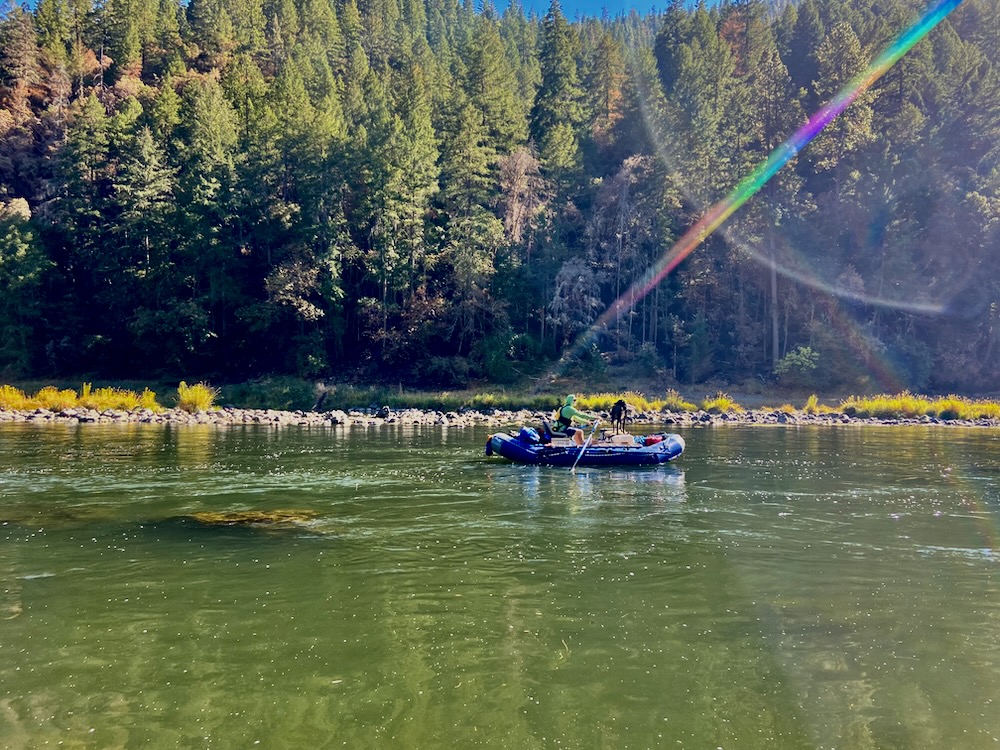 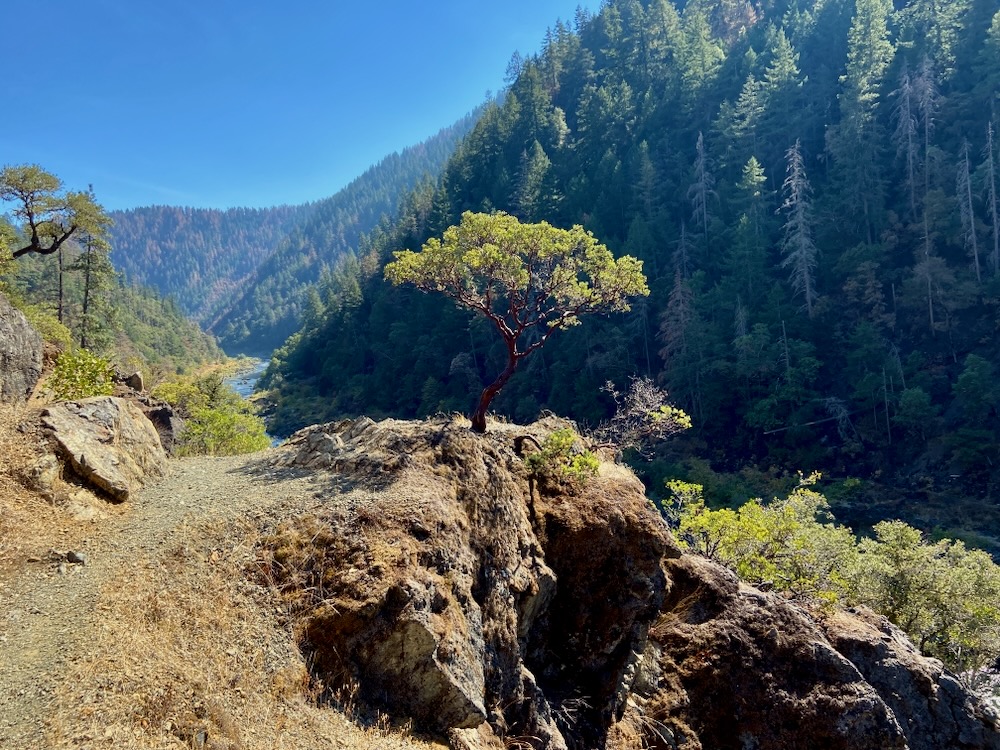 Worth More Standing: A Report on the Worst Public La…

Watch now! Sagebrush to Sea: A Journey Across the Si…